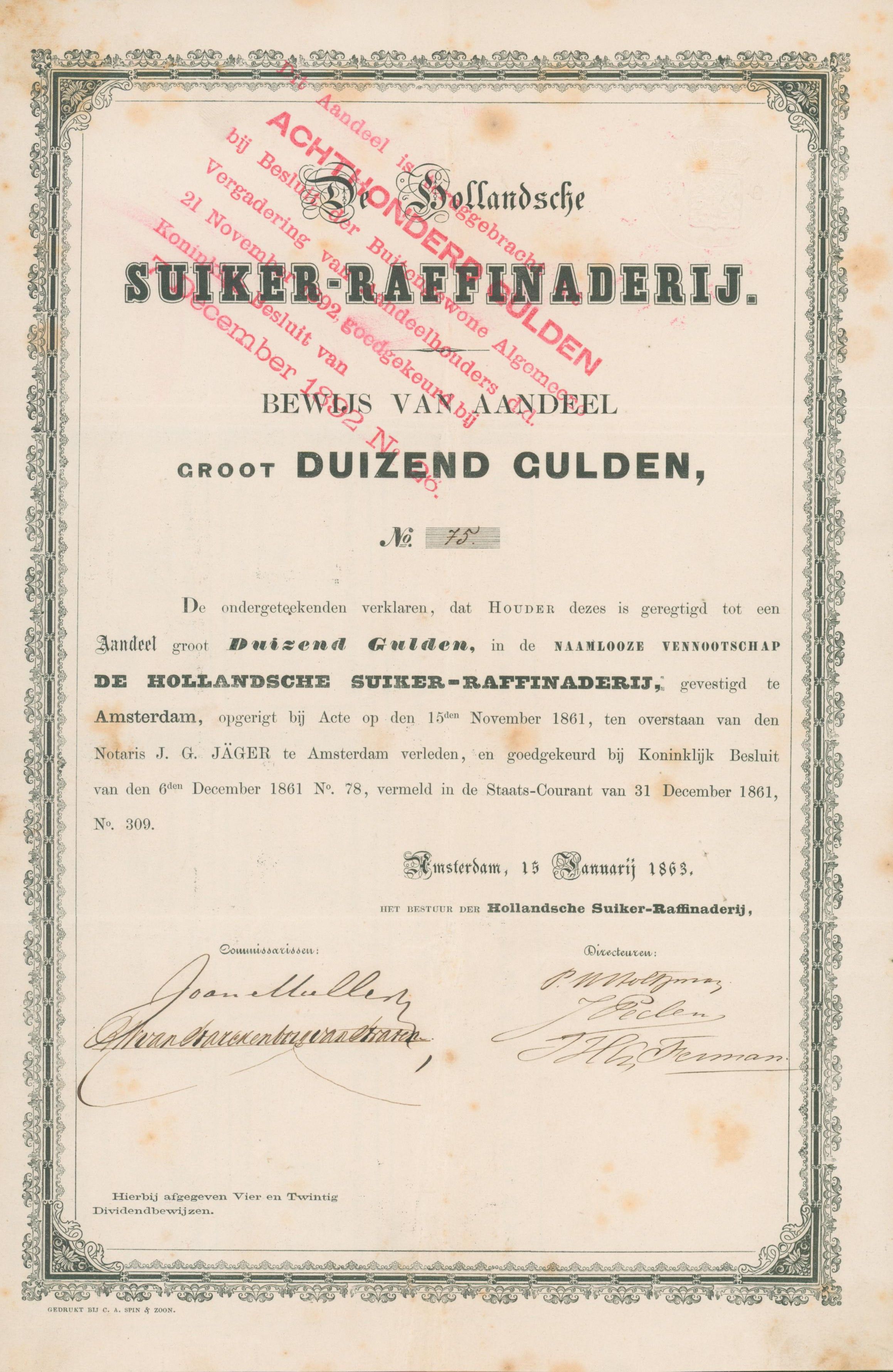 Typical design for the period for this share issued on the foundation of the company. In 1892 the nominal value of the shares was reduced to 800 fl (stamped accordingly). Remaining coupons here. The coupon sheet is overstamped in blue with "HollandscheSuikerRaffineraderijAmsterdam" - something I have so far not come across with other Dutch certificates.