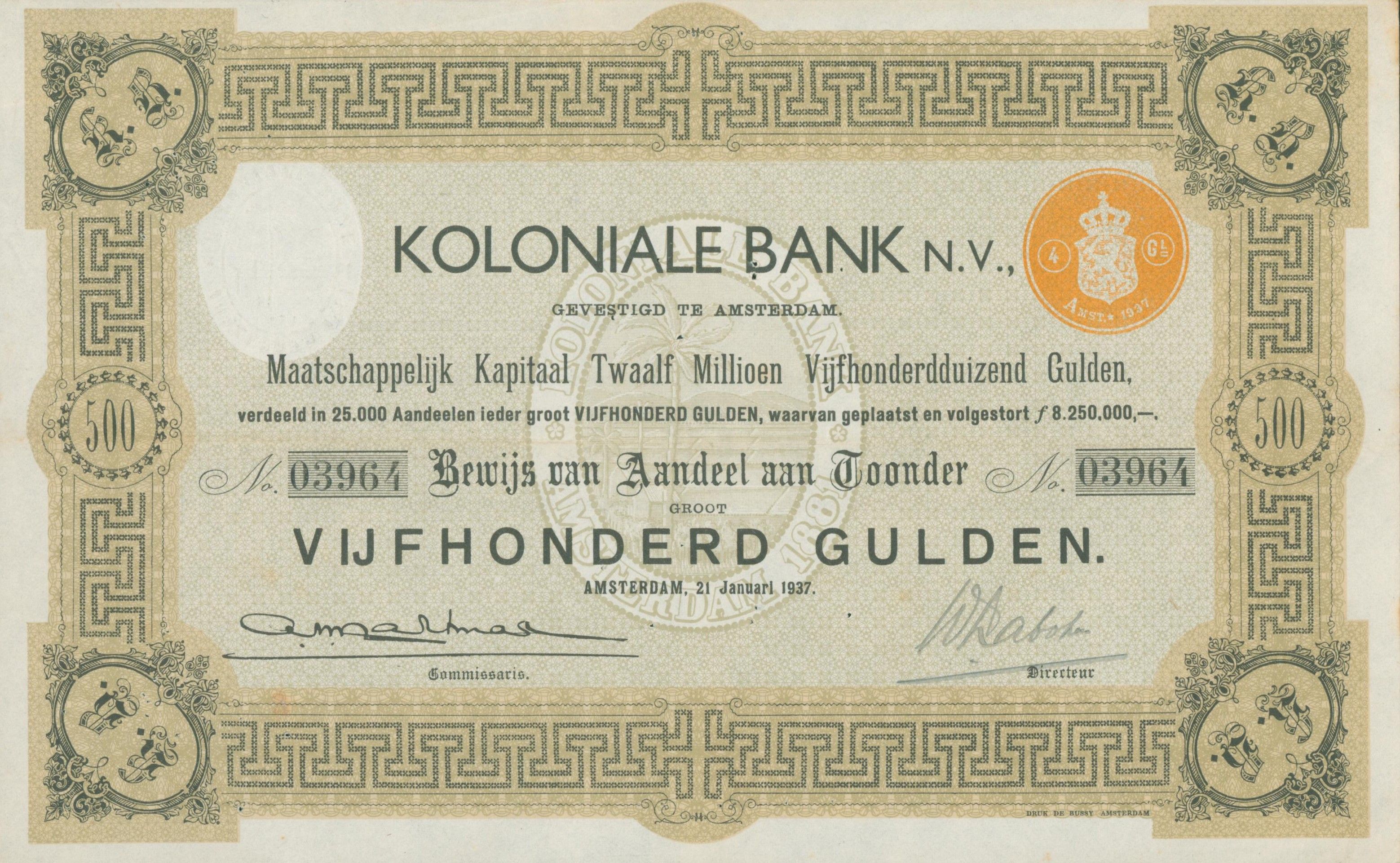 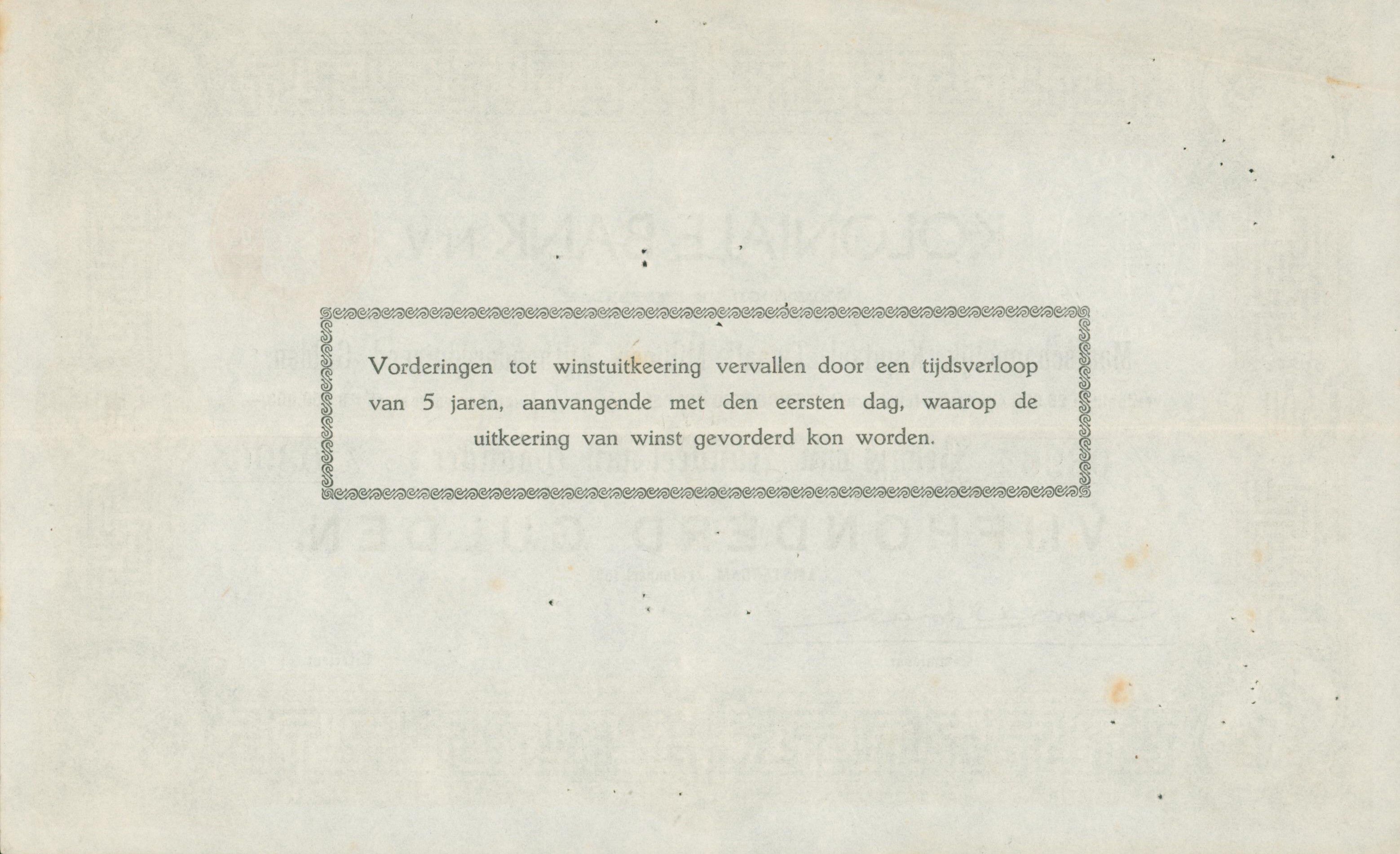 The Koloniale Bank was one of the six major financing companies. It was seated in Amsterdam and had a number of activities which included involvement in the financing but also the management and the ownership of sugar factories and plantations. In the late 1920s it directly owned three factories on Java - at least two of which were actually set up by Koloniale Bank.

Unusual design for 1937 and a stylized vignette of a plantation. Remaining coupons attached.