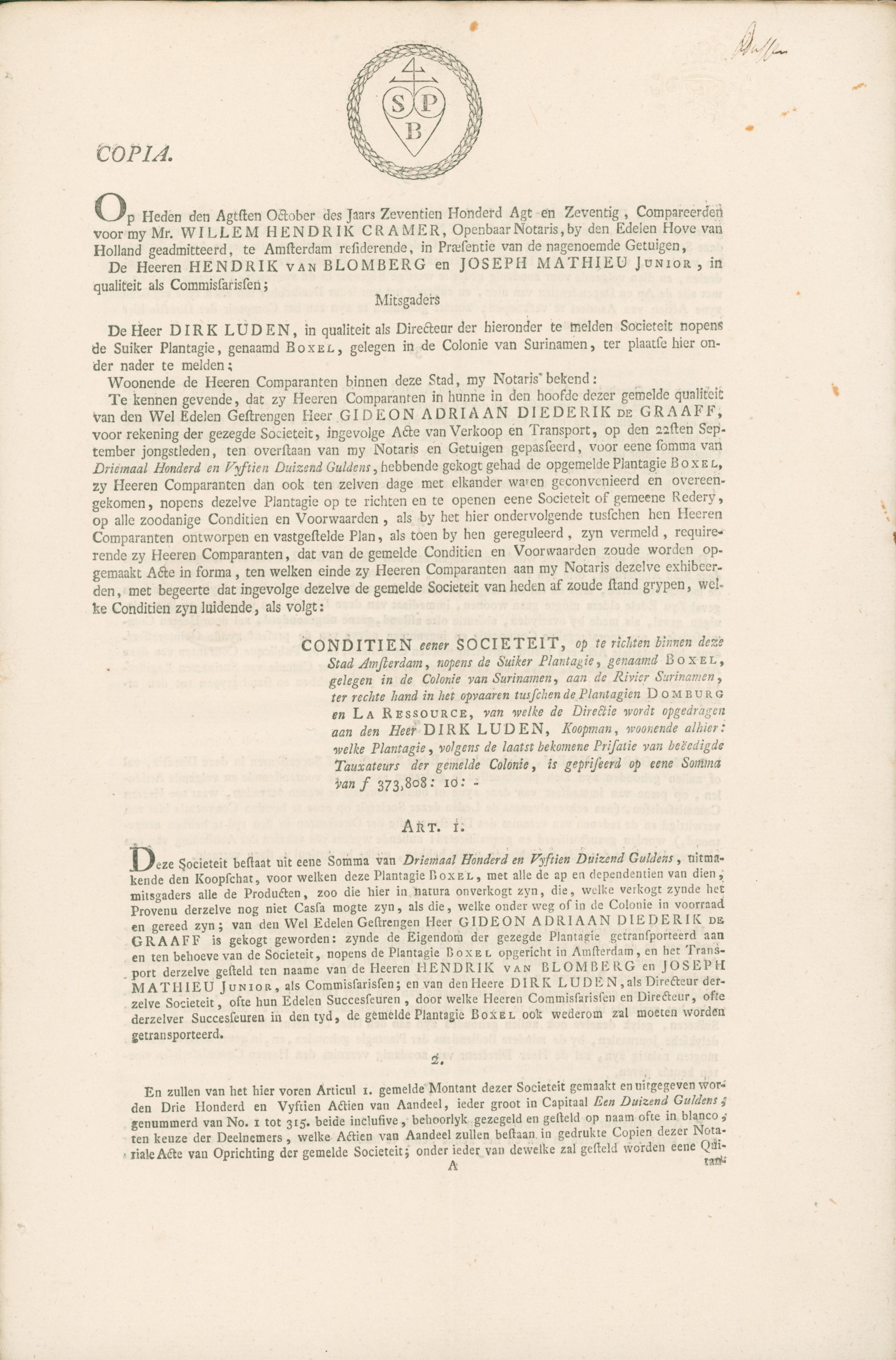 Sugar plantation on the Suriname River in the Dutch colony of Suriname. Originally built by the widow of a Dutch captain 1697 and sister-in-law of the Dutch governor of Suriname Paulus van Veen. A number of ownership changes and on the 8th of October 1778 a society with regard to the Sugar Plantation named Boxel was incorporated as evidenced by the notary Willem Hendrik Cramer in Amsterdam.  A maximum of 315 shares of a 1000 fl each were issued and the tax value of the estate was given as 373,808 fl. The plantation was sold on in 1821 and three repayments of a total of 500 fl are mentioned on the back page of the document. The plantation was still active when slavery was abolished in Suriname in 1863 and afterwards employed indentured labourers from India and Java.

The document is more akin to a notarized deed than the later share certifcates of the 19th and 20th century. A total of 7 pages (1, 2, 3, 4, 5, 6, 7) of information, statues and signatures all threaded together. Traces of a seal and certainly the first corporate logo I have come across found here.