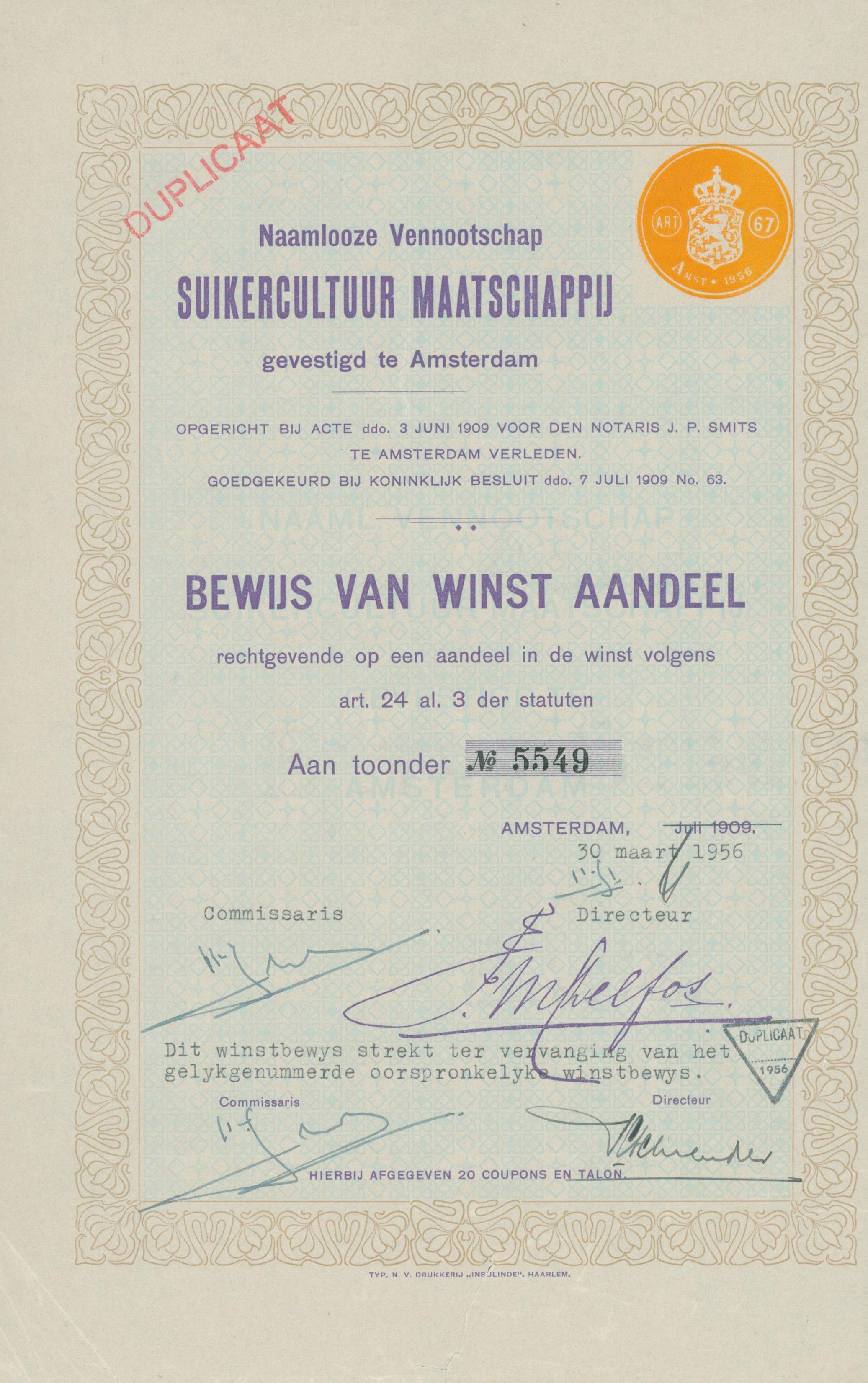 Dutch-Indies sugar company seated in Amsterdam and founded in 1909 active on the island of Java. It operated two factories (Assembagoes built 1885, Besoeki residency and the much larger Sempalwadak built 1891, Pasoeran residency) and was created as a successor company to the two companies owning the factories previously. Interestingly it belonged to the sphere of influence of the German sugar family vom Rath (Edw. vom Rath was a board member and founder). The company remained active after the Japanese occupation but seems to not have paid a dividend after 1949.

1956 Duplicate of a profit-share originally issued in 1909 using an original certificate. Art nouveau border and unusual colour scheme using three colurs at a time when one was the norm. Attached is a declaration that states that as the duplicate was issued after 1946 the usual post-war declaration of legitimacy was not required. Residual coupons attached. Unfortunately there was some confusion (probably already when the shares were still"in use") and the coupons and declaration (both 5543) are not actually for the share certificate (5549) I have.