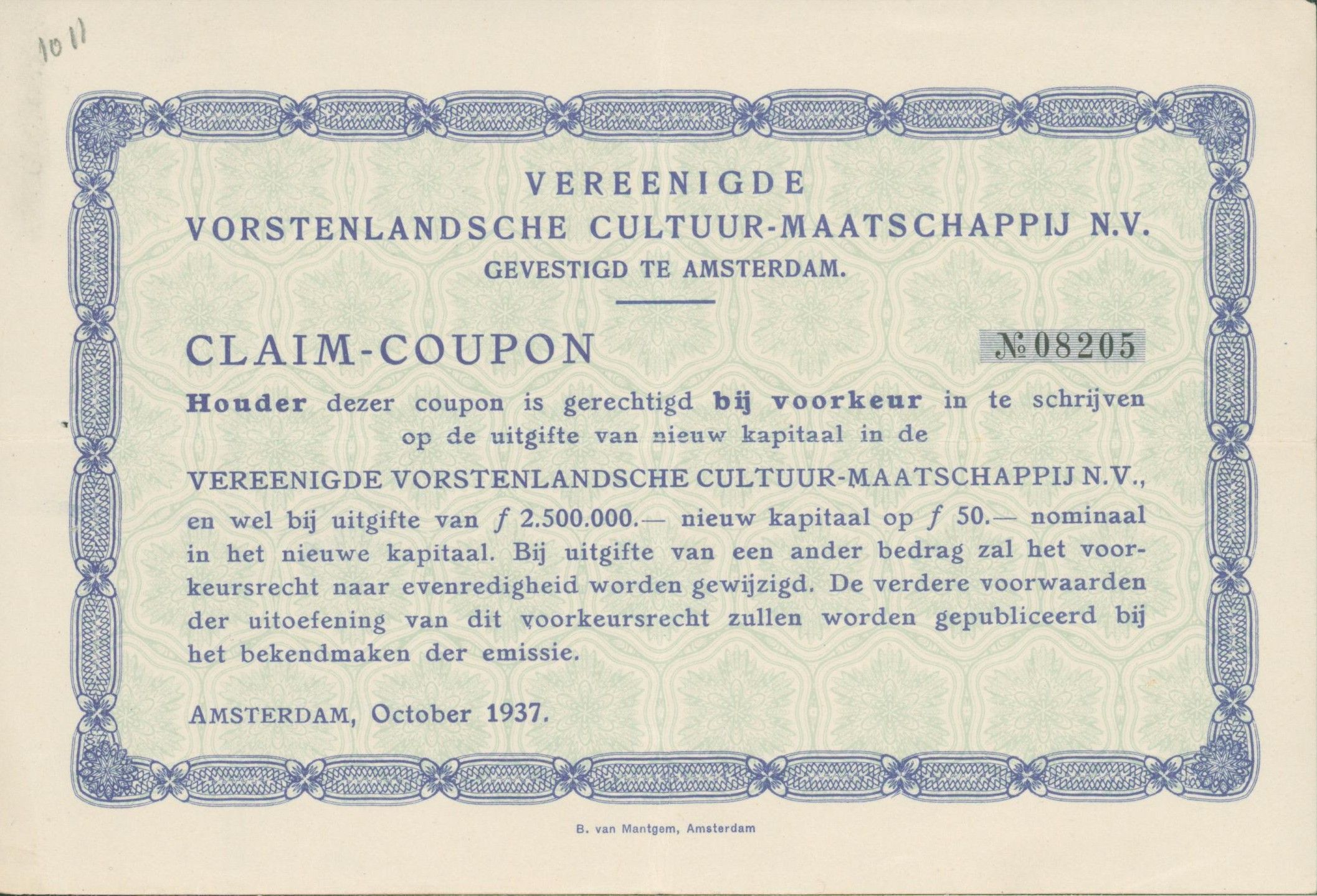 The company was one of the major sugar financing companies active in the Dutch-Indies on the island of Java and predominantly active in the Pricipalities (ie the residencies Soerakarta and Djokjakarta). The principalities differed from the rest of Java in relevant ways. In particular a quasi-feudal system of forced labour remained in place into the 1920s - meaning that the companies had to rent the employees from - I understand - native officials rather than employ them as everywhere else. In 1930 the company owned stakes in at least 10 sugar factories. The companies English name could be given as United Principalities Plantation Company. This is at least the third incarnation of the company originally known as Dorrepaal. As a consequence of the 1884 crisis the company had been reformed as the Principalities Plantation Company and then as a consequence of the Great Depression once more into the United Principalities Plantation Company founded in 1937 and seated in Amsterdam.

This Claim-Coupon entitled the holder to subscribe to new shares about to be issued in the capital increase 1937 when the company was restructured once more.