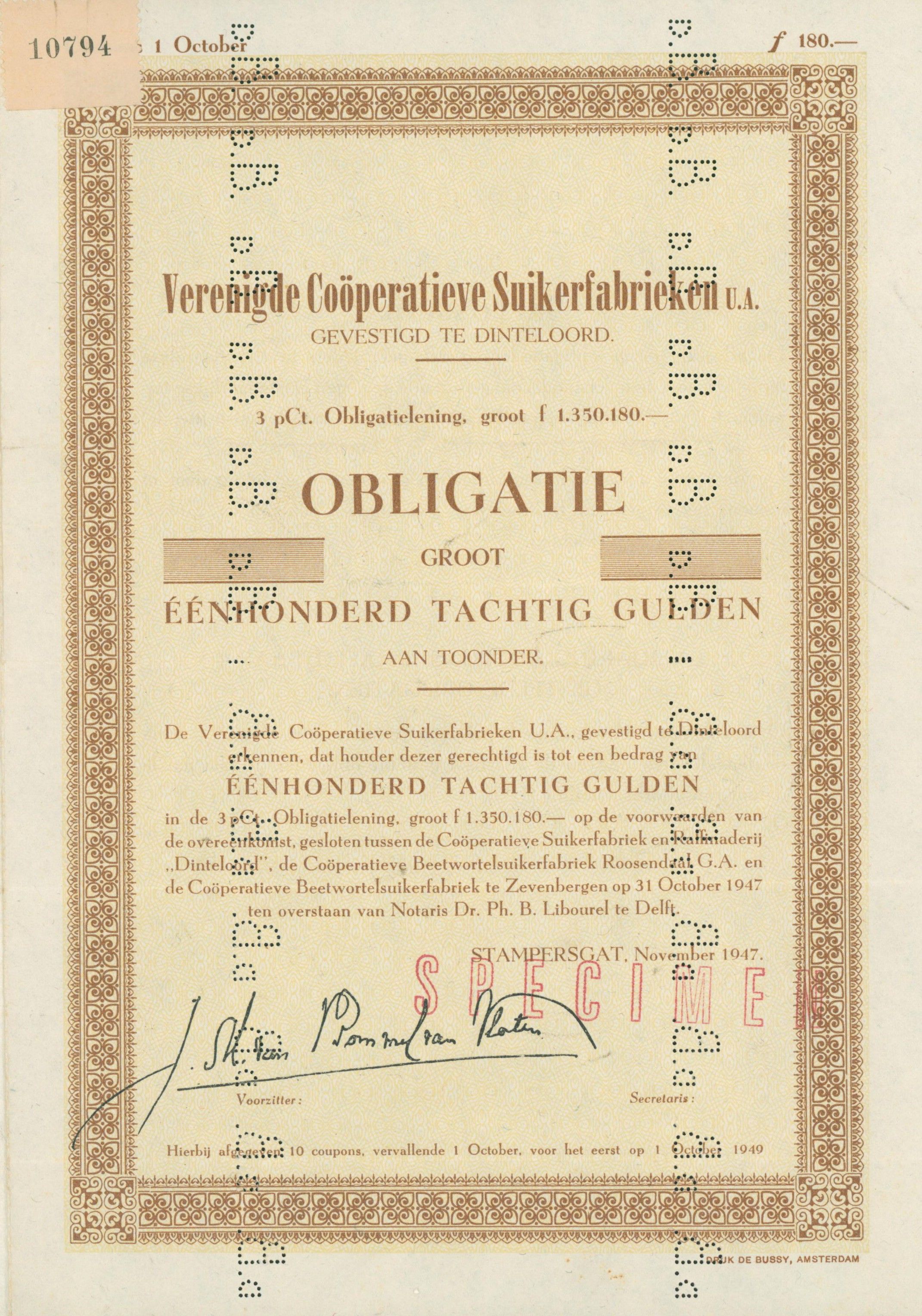 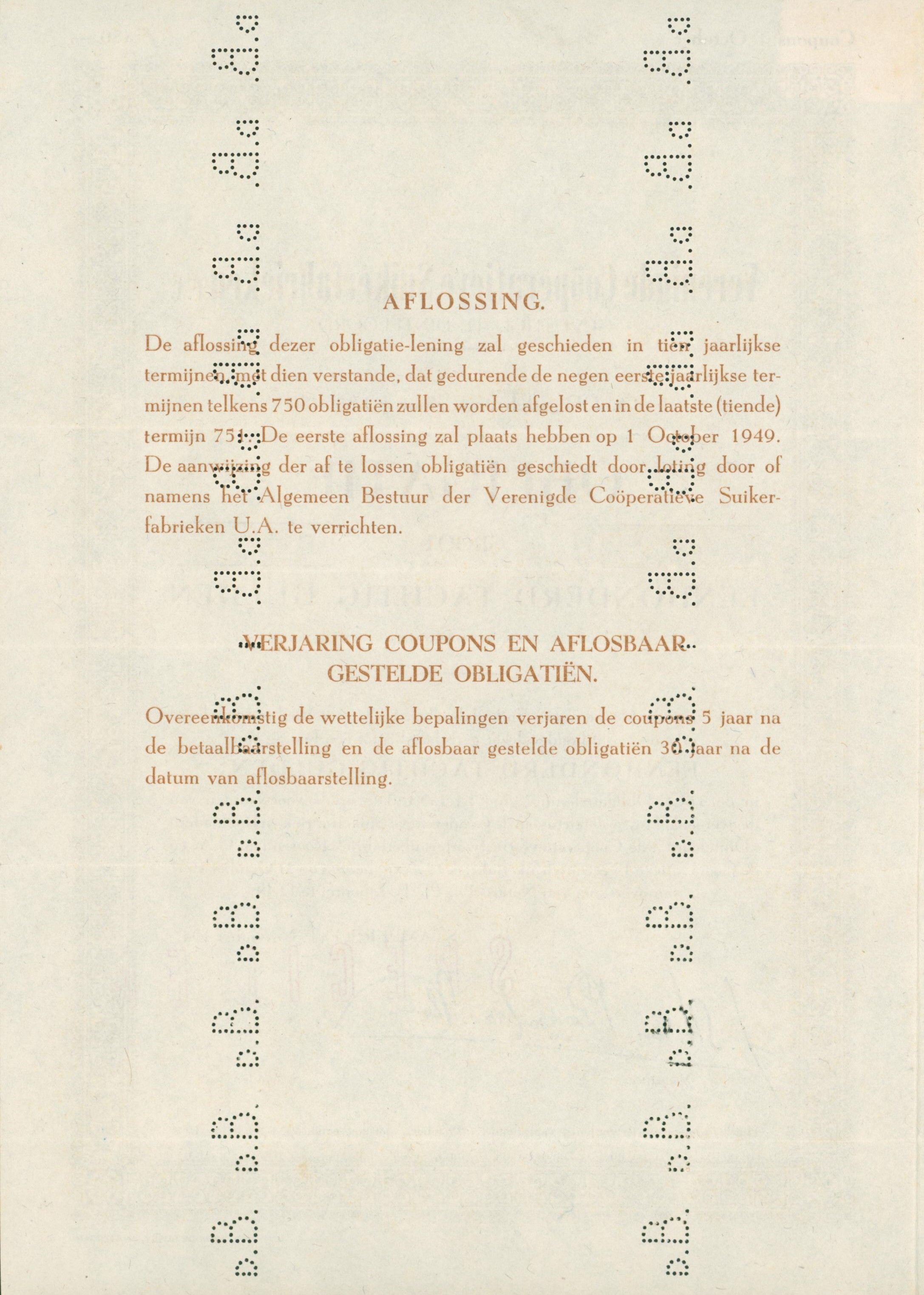 Cooperative factories had been successful in the Netherlands from the first example in 1899. Obviously the need to finance investments and remain efficient created a strong impulse to join forces. In 1947 three cooperatives (Dinteloord (in 1918 - and likely in 1947 the largest of the three), Rosendaal and Zevenbergen factories) formed the Verenigde Coöperatieve Suikerfabrieken (VCS). Initially the independent entities remained. In the 60s the remaining cooperative factories followed and the VCS was renamed Suiker Unie in 1966 and eventual became Royal Cosun.After absorbing the sugar bussiness of CSM in 2007 it today operates the two remaining factories in the Netherlands (Dinteloord and Hoogkerk) plus a factory in Anklam, Germany and sugar processing plants in the Netherlands.

Specimen of a bond issued in 1947. The total issuance was 1.35 mln fl. I have yet no explanation for the rather strange nominal value of 180 fl per bond. From the de Bussy archives and marked accordingly (number 10794). With the later style "dB" punchhole line. Coupons attached.