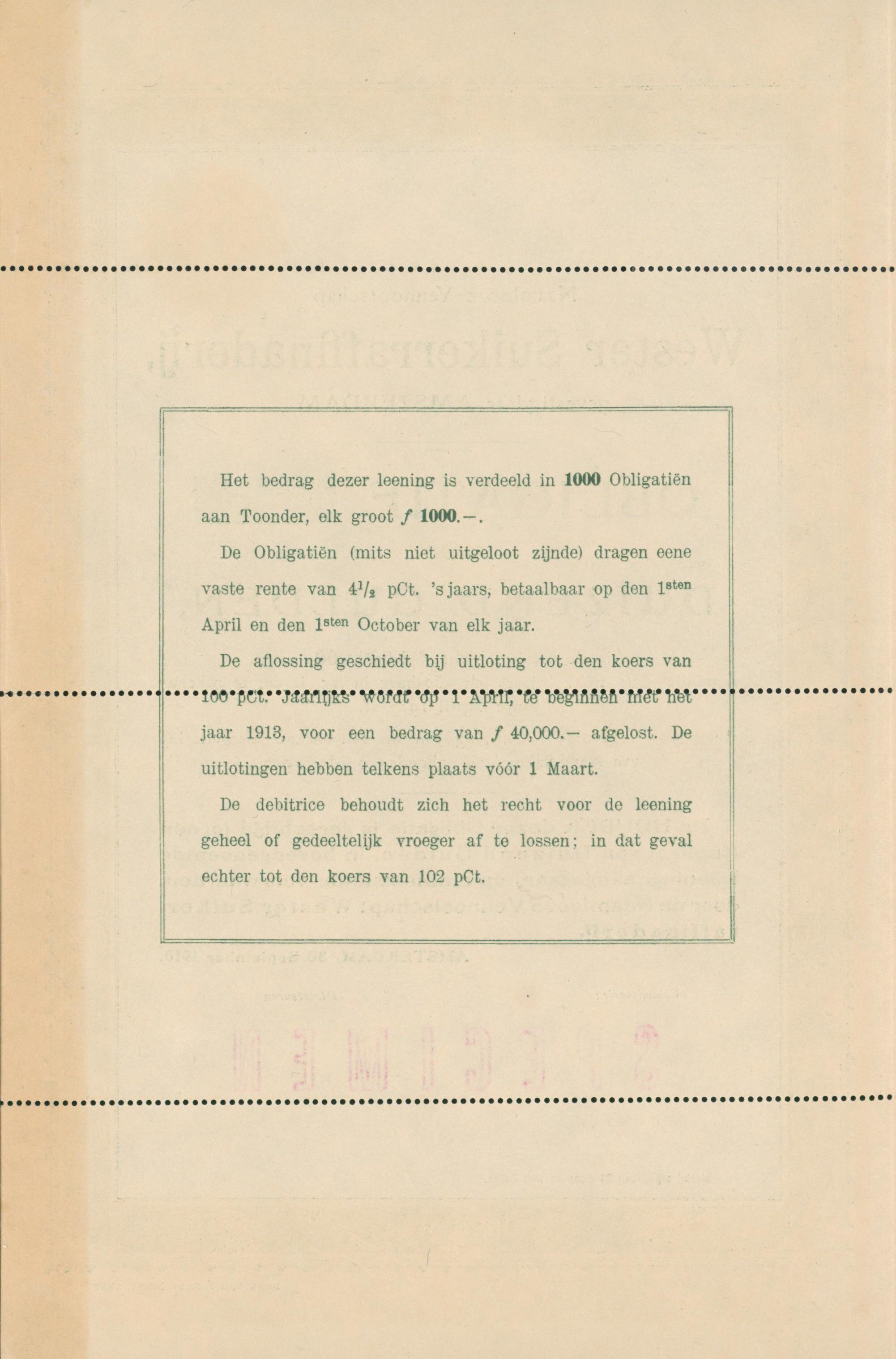 One of many sugar refineries in Amsterdam. Originally built in 1882 to to process raw cane sugar later increasingly processing raw beet sugar and for some time the largest refinery in the Netherlands. The company sought to vertically integrate into the processing of beet and acquired a number of factories by 1915 (which is probably what this bond was issued for). In 1919 Wester became part of the newly formed CSM. The refinery itself was closed in 1964. The company must have remained as a legal entity in the CSM empire as evidenced by later security issues.

Specimen of a bond (unusually horizontal punchlines) in monochrome historism design typical for the period. The 1 million fl issue compares to the equity capital of a little over 200,000 fl for a small factory. Without the usual de Bussy archive mark. Coupons attached.